It’s always a good time to read science fiction, but it’s an ESPECIALLY good time because imyril at One More and Lisa at Dear Geek Place are hosting their annual Sci-Fi Month!  I’m joining in on the fun, and this week, I give to you my personal top ten sci-fi books.

In No Particular Order, my top ten are: 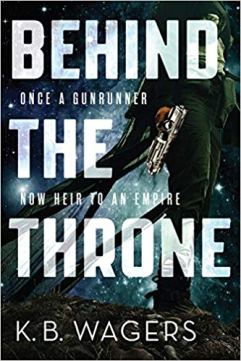 THE LONG WAY TO A SMALL, ANGRY PLANET by Becky Chambers
I fell in love with this book because it has one of my favorite tropes – a small band of people who form a family unit out of circumstance.  The crew is a large portion of what makes this book work – that, and some impressive creativity when it comes to the aliens that inhabit this corner of the universe. Highly recommend to anyone who likes their sci-fi centered around the miscellaneous adventures of one space ship.

SCARLET by Marissa Meyer
We’re going to dip into the YA bucket for a moment to pull out my favorite mashup of two genres, science-fiction and fairy-tales. SCARLET is book two in THE LUNAR CHRONICLES, a series that takes the bones of such tales as Little Red Riding Hood and Cinderella, and repurposes them into a sci-fi setting.  In THE LUNAR CHRONICLES, Earth has a tenuous relationship with the humanoid race that lives on the moon, and the two forces are on the brink of war.  Book two sees the titular Scarlet traveling to meet her grandmother when things go horribly awry, forcing her to join forces with a street fighter named Wolf to investigate her grandmother’s kidnapping. If the setup seems a little on the nose, trust me when I say this series is incredibly inventive in its re-imaginings and doesn’t rely very heavily on the fairy tales themselves for plotting.

BEHIND THE THRONE by K.B. Wagers
If you want your space opera full of kick-ass women, palace intrigue, gun battles and ship fights, please check out this series.  In the opening, Hail Bristol, gun smuggler, finds herself summoned home to the Indranan Court; you see, Hail was third in line to become Empress, but never expected to inherit, so she ran away from home as a teen and spent 20 years living as she pleased.  But now someone has murdered her sisters and their families, and the Empress herself is dying of a mysterious illness.  With Hail next-in-line, she has to re-acclimate to palace intrigue and figure out who is behind the assassinations before someone takes a shot at her. 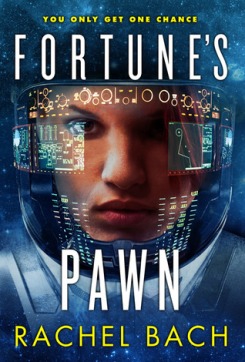 FORTUNE’S PAWN by Rachel Bach
More kick-ass women in space operas!  This time, we have Devi Morris, mercenary-for-hire and owner of some impressive power armor.  Trying to add some cred to her reputation, Devi signs on as security for the ship THE GLORIOUS FOOL, which has a reputation for constantly getting into trouble.  Devi does her job and keeps her crew alive, but soon realizes that this is a ship with secrets – secrets that may kill her if she doesn’t figure them out.

ALL SYSTEMS RED by Martha Wells
Murderbot is a character taking the sci-fi world by storm lately, and upon reading this novella you can see why.  Murderbot is a security construct that secretly hacked its governor module so it no longer HAS to follow human orders.  It still does its job, but really just wants to watch media and stay shut in its pod away from the humans.  When Murderbot’s latest clients become subject to numerous sabotage attempts, Murderbot has to decide if keeping the humans safe is worth the risk of revealing its secret.

ANIMORPHS by K.A. Applegate
I was an ANIMORPHS junkie growing up, reading all 54 books in the main series and any companion book I could get my hands on.  I recently went back and re-read the first dozen or so stories, and what stood out to me as an older adult is how much these books were an excuse for some weekly speculative sci-fi stories.  Yes, you have kids who are fighting off an alien invasion by changing into animals as the through line. But in one book they come across a pacifist group of alien android hiding on earth; in another, a member of their group is infected by one of the mind-controlling parasites and we get his perspective as his captor tries to trick his friends into a trap.  It’s a very Star Trek-esque format, and ANIMORPHS was a definite gateway drug into science-fiction for many a kid, including this one.

THE MARTIAN by Andy Weir
I usually am not a big fan of “hard sci-fi” – the kind that puts an equal emphasis on the real physics of how things work as they do on the narrative.  THE MARTIAN broke through because it made the science fun and accessible, the tongue-in-cheek narrator making sure that you didn’t nod off during important calculations of oxygen levels.

WAR OF THE WORLDS by H.G. Wells
You might think that a sci-fi book written in 1897 can only be irredeemably stuffy.  That couldn’t be further from the truth with WAR OF THE WORLDS.  This book was full of tension, even if people are fleeing an invasion by horse and buggy instead of cars.  It’s a powerful book that imagines all kinds of fantastical devices for the invading Martians, some of which have become iconic in their design. There’s a certain kind of terror that comes with an invasion we cannot stop, and WAR OF THE WORLDS brings it.

DUNE by Frank Herbert
It’s quite possible that this was my first foray into “epic” sci-fi/fantasy.  I marveled at the appendix and glossary of terms that was a the back of the book, trying to read it all and reconcile it with the narrative to “truly” immerse myself in the world.  Eventually, I realized that if I kept checking every single term I was never going to get anywhere and just waded into the deep end.  This was truly a pivotal read for me, one that left me hungering for more massive epic dramas.

ENCHANTRESS FROM THE STARS by Sylvia Engdahl
It’s been ages since I’ve read this, but it’s one of the few books I’ve read multiple times.  It deals with the interaction between three civilizations who are at three different levels of evolution.  One is relatively young and believes magic is real; one scoffs at magic and has grown up to believe that science is the only answer; the third is enlightened enough to know magic and science are two sides of the same coin, and has evolved to develop telekinetic abilities.  A representative from one of these last civilizations has been sent to intervene and stop a technologically-savvy civilization from wiping out the “barbarians” on the planet they’re colonizing.  The only catch: she can’t reveal how advanced she is and interfere with the development of either civilization, and so appears to the “barbarians” as an enchantress of legend to deliver them gifts of magic to fight the invaders. It’s a truly remarkable book that shows the story from the points of view from each of the civilizations and probably deserves a re-read from me some point soon.

Honorable Mention: HEIR TO THE FORCE by Timothy Zahn
I wanted to spotlight some of my favorite lesser known titles up above, but I can’t talk about sci-fi books without mentioning HEIR TO THE FORCE a book I read so much the cover fell off.  The pinnacle of the STAR WARS Extended Universe gave me the further adventures of my favorite characters when it seemed like we would never get a movie again. It was a staple of my childhood and deserves a mention on my list of favorite sci-fi.

Book mail! New arrivals from the good people at @orbitbooks_us. LONGSHADOW by Olivia Atwater is the final book in the REGENCY FAERIE TALES series while THE UNDERTAKING OF HART AND MERCY is a standalone fantasy romance. Both of these are on my TBR for the month, so more thoughts soon!
Book haul! As a treat after some adulting errands, I went to B&N and let myself just wander and make some impulse purchases! My final haul was:
Starting the month off with a new eARC! Mary Robinette Kowal has long been on my list of authors to check out, and now I get to with her latest! THE SPARE MAN is a futuristic murder mystery on a space cruise, where an inventor and heiress on her honeymoon is pulled into an investigation when her husband is arrested for murder. I'm very curious how much inspiration this pulls from the classic movie THE THIN MAN, which I absolutely adore.
August TBR! What are you hoping to read this month? I've got a whopping 7 books on my list because August has some insane releases scheduled and I have no restraint. My full list, including the hardcopies here is:
July Wrap-up! I managed to read six books this month, quite a feat considering I didn't read for almost a week due to San Diego Comic-Con. Here's the full list of what I read and their ratings - full reviews can be found on my blog, link in bio!
QOTD: What's the longest book you've read? For me, that's probably one of the Stormlight Archives books, which clocks in at over 1200 pages. THE FIRST BINDING by R.R. Virdi is certainly a contender though, coming in at just over 800! I'm starting this chonker this weekend - hope I like it!