It’s been a while since I’ve participated in an official Top Ten Tuesday, but now that all the Best Of lists are getting behind me, time to dive back in! This meme is hosted by That Artsy Reader Girl.  The topic of the week: New to Me Authors I read in 2018!

In no particular order, those authors are: 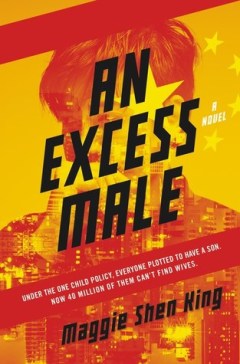 Sam Hawke – CITY OF LIES
CITY OF LIES was Sam Hawke’s debut novel and was a pleasure to read.  This book is thick with foreshadowing and intrigue and I loved that it was largely confined to one city.

Maggie Shen King – AN EXCESS MALE
This near-future tale is a family drama that deftly weaves in commentary on totalitarian governments and the rise of surveillance states.  This is so far Ms. King’s only full length novel, but I’d be very interested in reading more of her!

Neal Schusterman – SCYTHE
Despite being a prolific author who’s been writing for years, Schusterman’s works didn’t grace my presence until 2018.  I suspect this largely has to do with the fact that I  was just just outside the intended audience for many years.  SCYTHE has become one of my favorite reads of the last few years, and I read the sequel within a few months (an absolute rarity for me)! 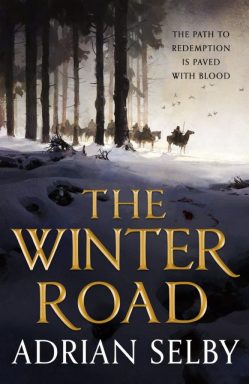 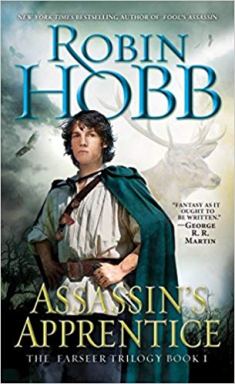 Adrian Selby – THE WINTER ROAD
Ironically, although I’ve had Selby’s first work, SNAKEWOOD, sitting on my iPad for months (if not years), it was not the first thing of his I read.  That honor goes to the ARC of THE WINTER ROAD, a standalone prequel to SNAKEWOOD.  This had some heart-breaking moments and excellent world-building, though the pacing was a bit uneven at times.

Robin Hobb – ASSASSIN’S APPRENTICE
A few years ago at SDCC, I went to a panel of fantasy authors, who at one point were asked to name authors that helped inspire them with their own world-building.  Newly re-discovering the world of sci-fi/fantasy, I wrote down every author they named.  Robin Hobb was mentioned over and over again, and I finally read her first book in 2018.  This one was a slower read for me, but given how much love the author has, I want to try and complete at least the first trilogy, especially as I’ve heard things improve as the books go on.

Aliette de Bodard – IN THE VANISHERS’ PALACE
I’ve come to de Bodard’s work a little backwards; I’ve had her DOMINION OF THE FALLEN series sitting on my shelf for months, but the first work of hers I read was a shorter work in 2018, a retelling of Beauty of the Beast that mashed up fantasy, a dash of sci-fi, and Vietnamese folklore to make a breathtakingly original romance.  I’m definitely looking forward to checking out her longer works soon. 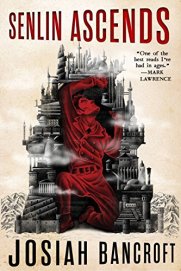 Sandhya Menon – WHEN DIMPLE MET RISHI
Last summer, it was gorgeous out, and I wanted the perfect summery thing to read in the sun.  That book turned out to be WHEN DIMPLE MET RISHI, an adorable rom-com about two Indian students in San Francisco who have been set up by their parents, and while Dimple really doesn’t want to settle down anytime soon, she has to admit that Rishi actually might be right for her.   I devoured half of it in one afternoon. Sandhya is releasing a sequel later this year set in the same world, and I’m very much looking forward to it.

Max Gladstone – THREE PARTS DEAD
This book was weird and magical and trippy and I definitely enjoyed it.  I’m definitely also regretting not getting to the sequels sooner, and they’re a high priority for the Great Series Read Project.  Everyone has been hyping these books, I’m glad they haven’t disappointed!

Josiah Bancroft – SENLIN ASCENDS
It’s very rare for me to finish a book and not know how I feel about it.  At the very least I can categorize my reaction as positive or negative, even if I’m hammering out the degrees.  Not the case with Bancroft’s work, a spectacularly original work told in a voice that fits in much better a few centuries ago.  This was so out of the box I found myself falling in and out of love with it (the middle section I found very slow), and yet I ultimately gave it four stars because I just couldn’t remember having read anything like it in a very long time.

David O’Malley -THE ROOK
Starz is adapting THE ROOK and it’s sequel into a TV series, and I understand the appeal.  O’Malley has created a world of fantastical creatures completely caught up in the banalities of government red tape.  This was, in a way, a political thriller, as the main character awakes with amnesia and has to resume her post at a London government office dedicated to handling the supernatural – a world she remembers nothing about.  I found the book itself a little uneven at times, but I enjoyed it enough that I picked up the sequel.