For the month of March, Bionic Book Worm has given us an open-ended prompt of using the alphabet to inspire us with a list of authors!  I decided to use this as a chance to explore authors I haven’t read yet, especially ones that are perhaps lesser known, so that I don’t default to a list of A is for Abercrombie (I will read him soon, I swear).  So here we go, authors inspired by the first five letters of the alphabet! 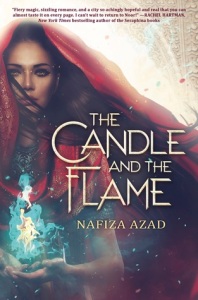 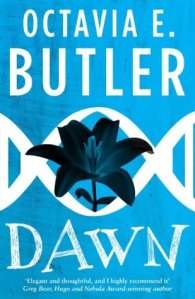 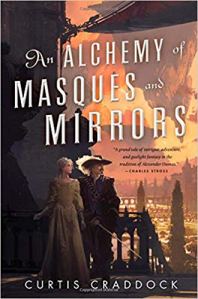 THE CANDLE AND THE FLAME by Nafiza Azad
This YA fantasy is about a young woman named Fatima who is one of a handful of survivors after djinn massacre an entire city.  Now Fatima finds herself at the center of politics between the majarajah and the djinn, politics that become even more delictate when a powerful djinn dies.  This was a fairly quiet release that still got some love, and I’d like to check it out some day!

DAWN by Octavia E. Butler
Okay, I know I said I was going to try and stick with lesser known authors, but this seemed like a good excuse to remind myself of some classic sci-fi that I haven’t read yet.  Octavia Butler is an African-American author who recently came to my attention because her books seem to be the latest in hot properties to adapt; most recently it was announced Ava DuVernay and Amazon were adapting DAWN.  I want to read more classic sci-fi/fantasy anyway, so here’s just a reminder to ACTUALLY DO IT.

AN ALCHEMY OF MASQUES AND MIRRORS by Curtis Craddock
A princess and her loyal musketeer navigate court politics when the princess who becomes betrothed to prince to prevent a conflict between their two nations.  Complicating matters is the fact that the last two women betrothed to the prince ended mysteriously murdered.  Look, I love court politics, I really should have read my copy by now, but I haven’t, so I’m here to yell at myself to READ THE DAMN BOOK. 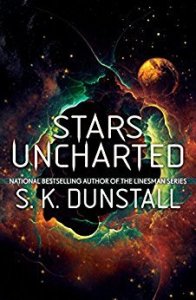 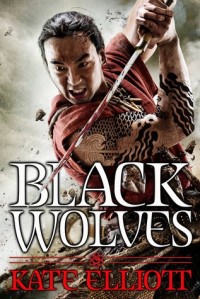 STARS UNCHARTED by S.K. Dunstall
“Ragtag band of explorers” is the description of the ensemble crew of characters in this space opera, so yes, I am HERE FOR THIS.  More specifically, a woman named Josune is sent to infiltrate the ship of a rival explorer, only to find the crew dead and the ship occupied by mysterious operatives.  After rescuing her rival, the two join forces to try and find a lost treasure – hopefully before these mysterious people kill them.

BLACK WOLVES by Kate Elliott
This has been drifting on my TBR for a bit, an Asian-inspired fantasy of warriors and nobles.  While I’ve heard good things, I’ve been reluctant to pick it up in part because it was the first in a trilogy that was eventually dropped by the publisher for unclear reasons. The author is trying to extricate the rights, but in the meantime, the series is at a halt.  Still, I haven’t completely ruled out reading this one since it seems like a saga that is up my alley.