New year brings new games! It’s the January lull for video game releases, and due to COVID, I think there’s going to be a bit of a drought until the next big game that I HAVE to have. Which is fine because I’m still playing plenty of ASSASSIN’S CREED VALHALLA, HADES, and SEKIRO. I also finally pushed through the final five or so hours of INDIVISIBLE, a fun game that combined platforming with fight battle mechanics. I’d fallen off because I found the combat a bit repetitive, but the game was leaving Xbox Game Pass at the end of the month, so I decided to check it off my list!

But what new things have I been getting into? 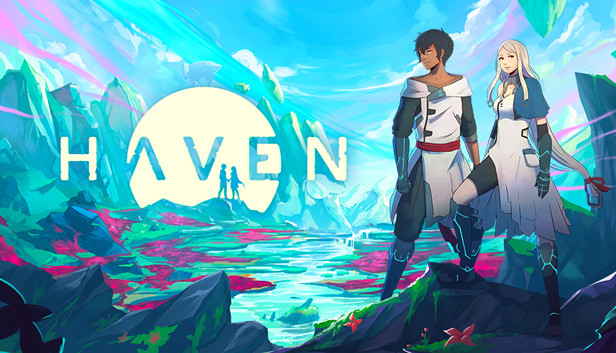 HAVEN
I am 100% playing this game for the story and characters and not particularly for the combat or other mechanics. You play as Kay and Yu, two lovers who have crash landed on a planet after escaping less than great circumstances on their home planet. A lot of the game is about exploring the planet, collecting resources to rebuild your ship, occasionally fighting creatures you come across. Those parts are fine, though sometimes I found it overly hard to control my character (you traverse through a kind of gliding movement) and make them go where I wanted.

But where this game shines is in the story of Kay and Yu. As you spend time on the planet, you get to see these two interact, occasionally making dialogue choices for either character. Sometimes it’s just silly banter about how tired they are of eating the same food for every meal, or a game of “Would you rather?” But through these conversations, you slowly learn why they left their home, and start to also reveal a mystery about the planet you’re currently on. I will note this game is rated M, and while there (so far) hasn’t been anything graphic on-screen, there’s definitely some heavy flirting and foreplay in the dialogue that skirts the NSFW line (but again, hasn’t crossed it), so your mileage may very. This game is also much longer than I anticipated, but settling down with it is like settling down with a good book in many ways. As long as you overlook the silly words they use in place of curse words. That DOES break the spell ever so slightly.

DIVINITY: ORIGINAL SIN 2
My friend and I finished our playthrough of DIVINITY: ORIGINAL SIN, which was a fun, if cumbersome game with hit or miss voice acting and dialogue. Having heard great things about the sequel, we decided to dive straight in and WOW is there a vast improvement in everything from combat to graphics to dialogue. For those unfamiliar, DIVINITY is a fantasy RPG that has the option for co-op, allowing you and up to three friends (in the second game at least) to band together through a LENGTHY campaign (the first game took us 90 hours). The first game’s dialogue choices were very binary; this time, you have many more options, some of which are only available based on your background or specific character you’re playing. DIVINITY is certainly keeping us on our toes – I’ve shouted WTF multiple times as something completely unexpected happened. Nothing like having your fight with an ordinary bad guy go sideways because a giant demon worm has crashed the party!

We have one problem with the game, and that is that your companions sometimes have little alerts pop up to let you know something has triggered them to want to have a conversation. If you don’t jump on that companion IMMEDIATELY to find out what’s up, the alert goes away after a minute, and there’s no way to get it back. This is hugely problematic if you’re in a convo with an NPC and trying to absorb information, and suddenly have to race through so you can snag a conversation before it disappears forever. Other than that annoyance, I am loving the sheer range of options available to complete quests, and am very interested to see what this studio does with the upcoming BALDUR’S GATE 3.

DICEY DUNGEON
I’ve been trying to find more games for my Switch, so when I heard this indie game had finally made its way to the console, I immediately picked it up! I’m a big fan of games like SLAY THE SPIRE, where you have to build a deck from scratch every time you play. DICEY DUNGEON uses dice for its combat, and it is not a simple matter of “high numbers equals more damage.” Sometimes you have a weapon that only works if you feed it an even number, while other times a weapon will do a special effect if you give it a specific number. There are items you can use to manipulate the value of a dice you rolled, so if you have a five and you need it to be a four, you might be able to make that happen! There’s a surprising amount of content in the game, with six heroes who all work differently, each of which have several “challenge runs” you can try which add new wrinkles to the game. You can do a run in about 30-45 minutes, so it’s a nice break game when you don’t want to think so much. 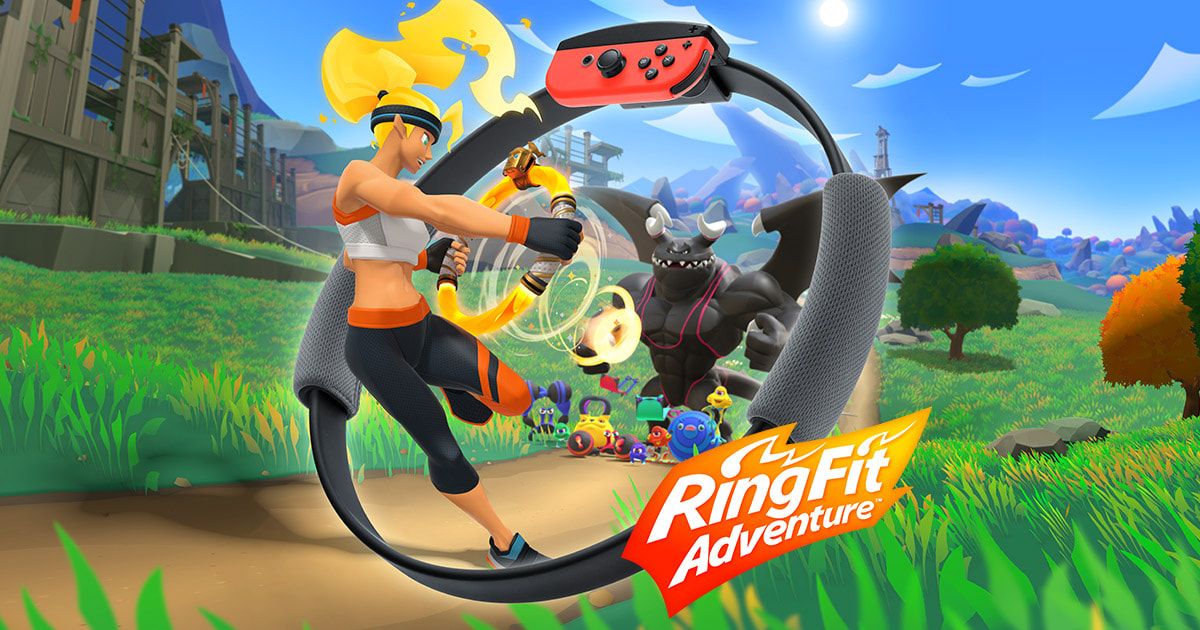 RING FIT
Before the pandemic, I used to be the kind of person who tried to go to gym class a few times a week. Nothing crazy, just wanted to move my body, especially since I had a desk job. Then COVID happened, gyms shut and I basically didn’t work out for the rest of the year, other than going for walks. I desperately need structure in my work out routine, and trying to just tell myself to do random reps of things doesn’t working. I finally broke down and got a Ring Fit for Christmas and am slowly trying to get myself back into something resembling an exercise routine. Let me tell you, after a fairly simple first session, I could tell how desperately I needed this in my life because EVERYTHING hurt. Now that I’ve got the rust off, I’m just trying to make sure I use the Ring Fit a couple times a week. I will say, I’m impressed with how it tries to tailor the experience for you. It’s purely body-weight exercise driven, so if you’re looking to lift weights, this might not be for you. But for me it’s great: it’s lowkey, I can do it as along or as short as I want, and I get to follow a silly story about traveling the land to fight some sort of exercise dragon.

And that’s what I’m playing this month. What are you up to?