Time for another weekly check-in using WWW Wednesday, a meme hosted by Taking on a World of Words. Want to participate?  Simply answer the three questions below and tag the host site!  Book covers link to Goodreads. 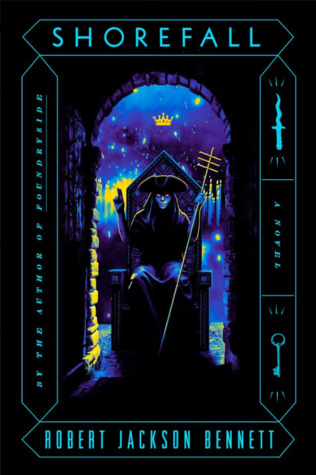 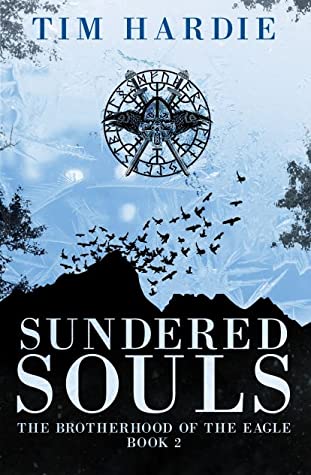 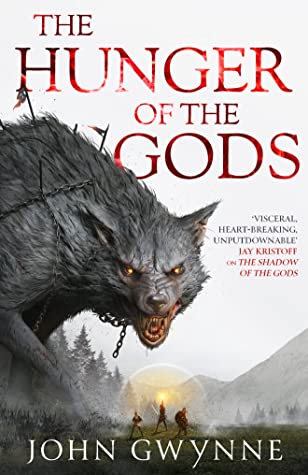 Currently Reading: SHOREFALL by Robert Jackson Bennett and THRAWN ASCENDENCY: GREATER GOOD by Timothy Zahn
Look at that, another reread! I’m breaking up my Viking books for the month with SHOREFALL, which will put me on track to read LOCKLANDS in May. I’m really glad I’m making time for these rereads, especially after the disaster that was going into FEVERED SUN unprepared.

I also started a new mood read, book two in the second THRAWN trilogy! GREATER GOOD has frustratingly been on my preliminary monthly TBRs a few times, but I kept bumping it for something else. So we’re just taking it out of the TBR equation altogether! Will probably take a few weeks to read through this one, especially with my chonky tomes on deck, but I’m excited to read STAR WARS again!

Recently Finished: THE JADE SETTER OF JANLOON and SUNDERED SOULS by Tim Hardie
As expected, tore through the new GREEN BONE SAGA novella in 24 hours! It’s a delightful read for those familiar with the world, those who haven’t read at least JADE CITY will get less out of it, which isn’t too surprising. Subterranean Press announced a second printing of JADE SETTER for later this year, so if you really want a special edition novella, hop to it!

I also read my self-published book for the month (and the final one I owed a review on, HUZZAH), SUNDERED SOULS and am pleased to report I thoroughly enjoyed it! For those who had issues with the pacing of the first book, HALL OF BONES, this one has a much tighter focus, getting you into the main action much more quickly. Full review this week!

Probable Next Read: THE HUNGER OF THE GODS by John Gwynne
Should have time to at least start this sequel this month, though I doubt I’ll get through all 600+ pages by the end of April. THE BLOODSWORN SAGA has been my first introduction to John Gwynne, and I find it highly likely that once the trilogy is finished, I’ll go back and read some of his other work.

What are you reading this week?

Happy Friday! I've been super busy with work and travels these last few weeks, so I haven't had time to post. But I just got awesome bookmail from @orbitbooks_us so I had to show it off! THE STARS UNDYING by Emery Robin is a space opera inspired by the lives of Cleopatra and Julius Cesar. It follows a recently dethroned princess in her machinations to reclaim her crown and a device that is said to contain the soul of the god of her people. Bring on the space politics!
Some shiny surprise bookmail today! RUINATION by Anthony Reynolds is set in the world of the video game LEAGUE OF LEGENDS. While I haven't played LEAGUE OF LEGENDS proper, 1) I fell in love with ARCANE on Netflix which is inspired by the same game and 2) I've played the spin-off RPG RUINED KING, which this book appears to be a sequel to! Orbit has a great track record of producing books I like, so I'm willing to give this a shot and see how it is!
Time for some spoooooky bookmail! This week, I received an ARC of A DOWRY OF BLOOD by S.T. Gibson. This was a self-published book acquired by Orbit and the re-release comes out in early October! It's a shortish book (under 300 pages) and is a retelling or the story of Dracula and his brides. Looking forward to checking this out!
Book mail! New arrivals from the good people at @orbitbooks_us. LONGSHADOW by Olivia Atwater is the final book in the REGENCY FAERIE TALES series while THE UNDERTAKING OF HART AND MERCY is a standalone fantasy romance. Both of these are on my TBR for the month, so more thoughts soon!
Book haul! As a treat after some adulting errands, I went to B&N and let myself just wander and make some impulse purchases! My final haul was:
Starting the month off with a new eARC! Mary Robinette Kowal has long been on my list of authors to check out, and now I get to with her latest! THE SPARE MAN is a futuristic murder mystery on a space cruise, where an inventor and heiress on her honeymoon is pulled into an investigation when her husband is arrested for murder. I'm very curious how much inspiration this pulls from the classic movie THE THIN MAN, which I absolutely adore.