Man oh man, what a month November is! It’s always crazy and hectic as publishers get the BIG releases of the year out on the shelves before the holidays. This month, we have a much anticipated conclusion to a fantasy trilogy, plus not one, but TWO books from Brandon Sanderson! As always, this is not an exhaustive list, but are the books I’m personally looking forward to reading by the end of the year!

If any of these books strike your fancy, all covers link to Goodreads! 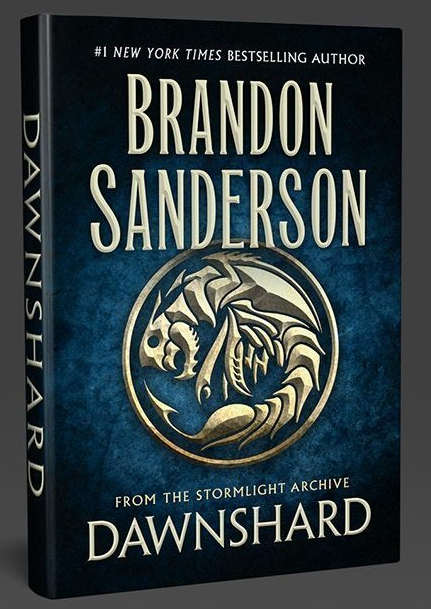 DAWNSHARD by Brandon Sanderson
Release Date: October/November 2020
Giant asterisk on this one, as the release date still hasn’t been finalized (and may release before October ends) but I have to give it a shout out anyway. DAWNSHARD was a Kickstarter stretch goal for a special edition rerelease of THE WAY OF KINGS. Originally planned as novella, DAWNSHARD will be a “regular sized” novel that takes place in between OATHBRINGER and RHYTHM OF WAR in THE STORMLIGHT ARCHIVES. It will follow Rysn, a trader who has mostly been seen in interstitials in the series, and Lopen, a soldier from Bridge Four. Given that I plan on waiting a bit to read THE RHYTHM OF WAR, I should have plenty of time to read this before catching up on the latest release in the series.

THE SHATTERED REALMS OF ARDOR BENN
Release Date: November 3rd, 2020
Quick shout out to the second book in the KINGDOM OF GRIT trilogy about Ardor Benn, master thief. I have not yet read book one, so I cannot personally vouch for the trilogy, but I’ve heard good things from others in the community. Orbit has chosen to release the full trilogy in back-to-back-to-back months, so if you’re the kind of person who likes full, complete series, here’s one to jump onto!

THE CAMELOT BETRAYAL by Kiersten White
Release Date: November 10th, 2020
THE GUINEVERE DECEPTION was a very cozy YA retelling of Arthurian mythology, and I really enjoyed its take on the classic characters. THE CAMELOT BETRAYAL is book two in a planned trilogy. In this take, Guinevere is a magic user in a kingdom that has outlawed magic, sent by Merlin to protect Arthur from dark forces. Arthur knows why Guinevere is there and is a perfect gentleman in their arranged marriage, but it doesn’t stop Guinevere from feeling alone in the castle of Camelot. Even though it appears threats have been neutralized and everything is calm, Guinevere can’t help shaking the feeling that something sinister is lurking just out of sight.

RHYTHM OF WAR by Brandon Sanderson
Release Date: November 17th, 2020
Speaking of THE STORMLIGHT ARCHIVES, book four is almost here! I completed my mission to read the first three books in the series ahead of this release, so I’m ready to go! Given how much OATHBRINGER wrecked my TBR, I’m going to delay reading this a little bit, because at 1200+ pages, I know THE RHYTHM OF WAR will take me 2-3 weeks to finish, and I’ve got a lot of catching up to do by the end of the year. And then…then I’ll be all caught up with the series and I’ll have to wait two or three years for the next one??

THE BURNING GOD by R.F. Kuang
Release Date: November 17th, 2020
THE POPPY WAR and THE DRAGON REPUBLIC are engrossing, devastating fantasy reads about war and power and betrayal and gods. Believe me when I say the fantasy community is bracing for the emotional fallout of book three. For the uninitiated, THE POPPY WAR follows the tale of Rin, a war orphan who discovers she is one of a handful of individuals who can channel the power of a god. Rin’s been caught up in various wars and political struggles over the fate of the kingdom, but she’s done being a pawn and ready to enter the game as her own master. Will the world survive?

NOPHEK GLOSS by Essa Hansen
Release date: November 17th, 2020
Just in time for Sci-Fi Month, we have the beginning of a new space opera! A young man seeking revenge for the destruction of his home planet tries to steal a ship, only to get a lot more than he bargained for. I’m hearing reports of found family and multiverses from early reviews, and I’m so curious to check this one out!

And that’s my top picks for November! I know I’ve left things out – what books are you excited for?