Halloween is just around the corner, so I decided it would be fun to participate in this Creatures of the Night Book Tag! Thanks to Another Book in the Wall who started this year’s tag, and Way Too Fantasy where I got the idea.

Vampire – THE OTHERS by Anne Bishop
There’s going to be a lot of Urban Fantasy in this book tag, starting with The Others! Although they usually go by Sanguinati, Vlad and his ilk are definitely vampires. Fiercely protective and ruthless, they’re the kind of creatures you definitely do not want to cross.

Werewolf – MERCY THOMPSON by Patricia Briggs
Mercy Thompson herself is not a werewolf, but a coyote shapeshifter. Her next door neighbor/boyfriend/husband, on the other hand, leads a pack of werewolves in the Tri-City area.

Zombie – THE GOLEM AND THE JINNI by Helen Wecker
I’m fudging the line on this one to include reanimated objects in general, because I apparently read no books with zombies in them. BUT this book is a beautiful read, highly recommended! 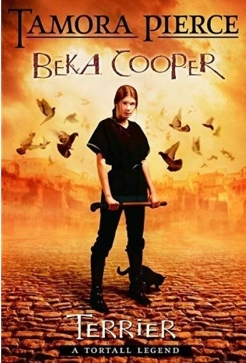 Ghost – BEKA COOPER by Tamora Pierce
One of the lesser known of Tamora Pierce’s series, BEKA COOPER is an outstanding paranormal mystery set in many centuries before many of the other Tortall books. Beka Cooper is the equivalent of a police detective, with the added bonus that she can talk to ghosts.

Witch/Warlock/Spellcaster – SORCERER TO THE CROWN by Zen Cho
This book manages to be set in 19th century England, yet feature to POC characters as the lead. Zacharias is a freed slave and recently appointed Sorcerer to the Crown, a prestigious position many would like him to fail at. Zacharias has to discover why England’s magical energy is on the wane. Events thrust him together with Prunella, a young woman of partially Indian descent who has impressive magical gifts of her own – except of course, women are much too fragile for such undertakings. Prunella will be a good girl and follow the rules. Right?

Fairy/Fae – ARTEMIS FOWL by Eoin Colfer
Reaching way back into my childhood for a series I devoured when I was younger, with smart talking (and tech savy) fairies forced to challenge wits with a hyper intelligent twelve-year-old criminal mastermind who captures one of their own. 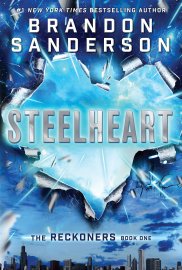 Demon – THE HOLLOWS by Kim Harrison
Don’t you just hate it when you accidentally summon a demon? It’s something witch Rachel Morgan seems to have a knack for, which means she attracts all kinds of unwanted attention from the demon world, which naturally causes all kinds of headaches for this supernatural bounty hunter.

Angel – THE DRESDEN FILES by Jim Butcher
Wizarding detective Harry Dresden usually only gets tangled up with vampires or the fae (which is hassle enough already), but every once in a while an angel pops up on his doorstep and it is Never. Good. News.

Alien – THE LONG WAY TO A SMALL ANGRY PLANET by Becky Chambers
This novel is the perfect little space opera. You have a small ship crew just trying to get through its contract of traveling to a destination to set up the nav markers to open a hyperlane, and all the tiny (and big) things that go wrong along the way. I love this tight-knit crew of different aliens that makes you feel like you’ve always been a part of the crew.

Superpowered Human – THE RECKONERS by Brandon Sanderson
Hey look, it’s a Brandon Sanderson series! How did this get here? In all seriousness, I absolutely loved THE RECKONERS series, which posits the question: What if one day a whole bunch of people got superpowers, but they all went evil? Enter the Reckoners, an underground group of non-powered humans trying to overthrow the tyrannical powered humans who have set up little fiefdoms around the US.

2 thoughts on “Creatures of the Night Book Tag”