This week, we continue with Bionic Book Worm’s prompt of naming authors by the alphabet.  As a reminder, I’m using this prompt to spotlight some of the lesser known authors on my TBR, or authors I don’t talk about that often.

You can find Part One of this Author Extravaganza here! 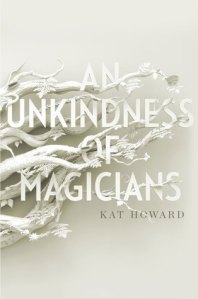 WE HUNT THE FLAME by  Hafsah Faizal
Part one of this Arabian-inspired duology took my Twitter feed by storm, and I meant to check it out.  With an enemies-to-lovers trope, assassins and magic, what’s not to love?  With the sequel WE FREE THE STARS coming out this summer, this would be a good one to knock out quickly in the coming months.

CARAVAL by Stephanie Garber
This is one of those “big” YA trilogies that I haven’t gotten to yet.  I know a lot of people who swear by Garber, and I’d love to at least give the first book a shot.  I’ve been slowly working my way through YA duologies and trilogies, so I’m hopeful that one day I’ll get to check this off my list!

AN UNKINDNESS OF MAGICIANS by Kat Howard
I read a lot of second world fantasy, but every once in a while I like to dabble in the “real world” fantasy space, where secret magic lurks just below the surface of our own world.  In this standalone novel, magic is weakening, and one woman might have the key to turning back the dark forces.  Just one problem: she’d rather the system of magic that sustains the city be allowed to die. 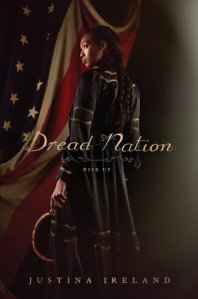 DREAD NATION by Justina Ireland
And now, for an #ownvoices alt-history YA fantasy, set in a United States forever changed when the dead began to walk at the Battle of Gettysberg.  In the years that followed, school were put in place to train black children to fight the dead.  The best become bodyguards for elite society.  Jane plans on taking her education from the school where she trains in Baltimore and returning to her home, but a conspiracy soon arises that derails all her plans.

THE LONELIEST GIRL IN THE UNIVERSE by Lauren James
A standalone space thriller that sounds like a fantastic time!  Romy is the only surviving member on a spaceship destined to establish a new home for humans.  She’s all alone, until one day she starts getting messages from someone claiming to be a boy named J on another ship that was recently launched from Earth.  Corresponding only through emails, which take months to cross the galaxy, Romy clings to the only other form of life she can communicate with, even as she wonders if J is really who he claims to be.

9 thoughts on “Top Five Tuesday:Authors on My TBR (F-J)”